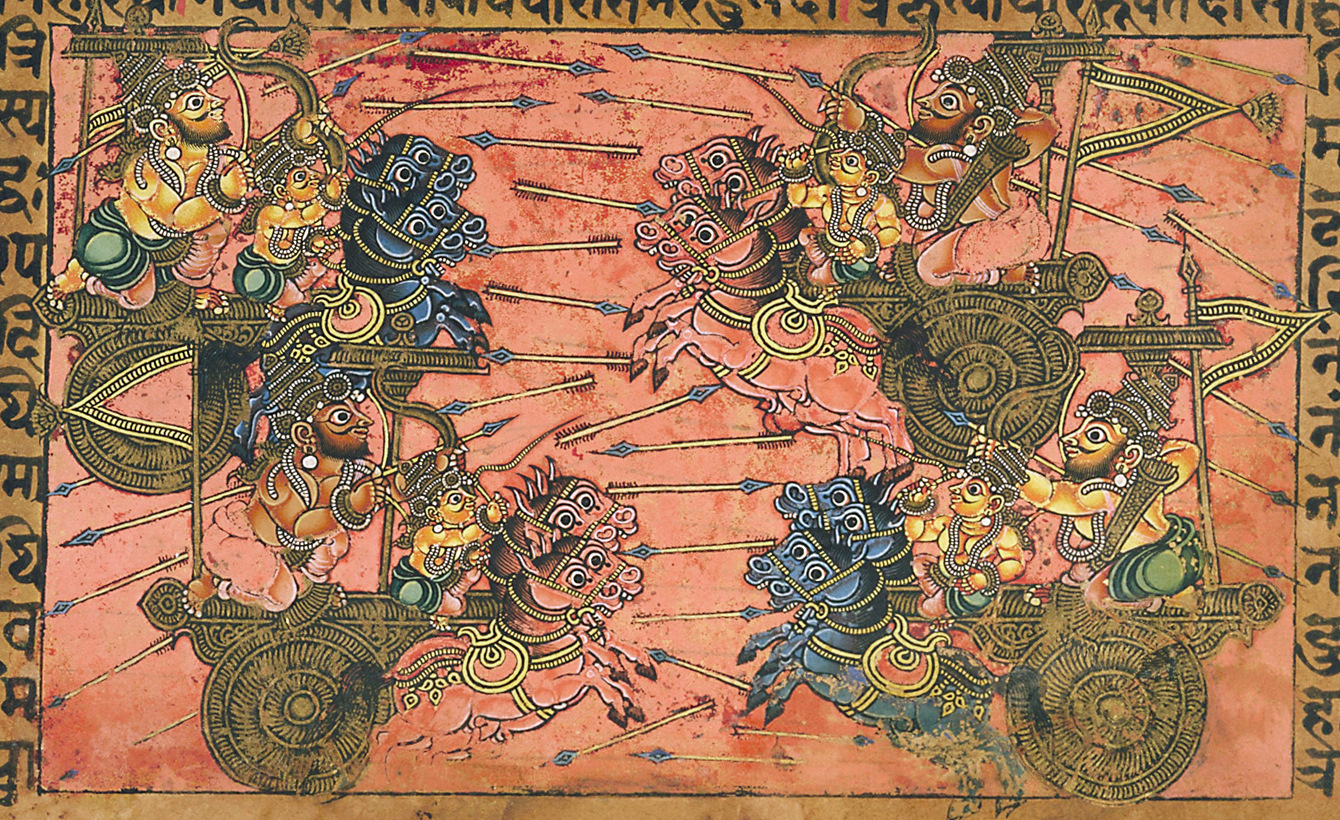 Aravan is considered the patron god of some transgender communities in India today. In a Tamil version of the Mahabharata, Aravan is selected to be sacrificed for the Pandavas’ victory after the Kurukshetra war, and has one last request to not die unmarried. Unable to find anyone to wed due to their fear of inevitable widowhood, Vishnu in his incarnation as Krishna takes the form of the goddess Mohini, and marries Aravan. Aravan was seen as making the ultimate sacrifice on the battlefield. Today, the Hijra community in India are sometimes known as Aravanis, and the marriage between Aravan and Mohini is celebrated in an 18-day annual festival during the Tamil month of Cittirai.

Krishna/Mohini is commonly portrayed as a figure with a fluid gender identity.

Bahuchara Mata is often seen as the goddess of fertility, and is also worshipped by transgender communities in India and is considered to be of a “third gender”.

Born as Shikhandini, Shikhani was the daughter of King Draupada and was raised as a man, being taught the arts of warfare and statecraft which were often roles reserved for males. In one story, she is married to a princess of Darshana, who complains to her father that her husband is a woman. Shikhandini retreats to the forest where she meets a Yaksha (a forest spirit) who exchanges her gender. Taking the name of Shikhandi, he remains a man up until his death in the battle of Mahabharata.

The god of fire, Agni, is depicted as being married to both the goddess Svaha and the male moon god Soma.